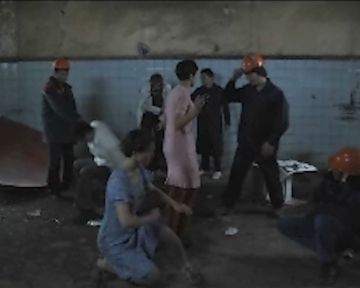 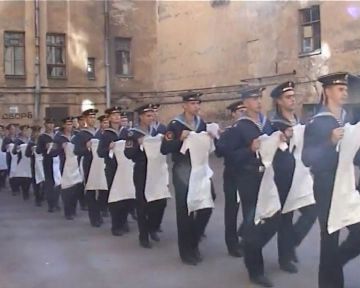 The Triumph of Fragility, 2002 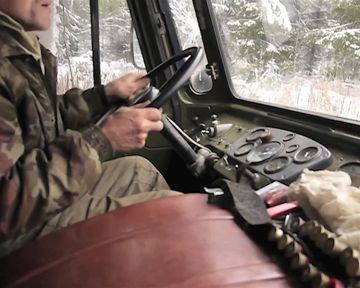 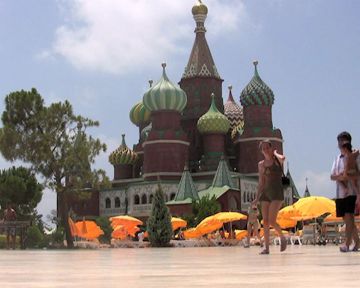 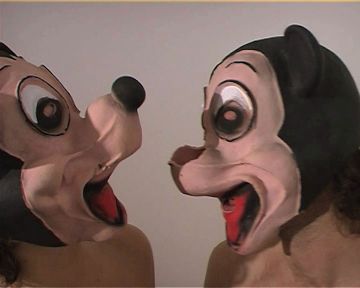 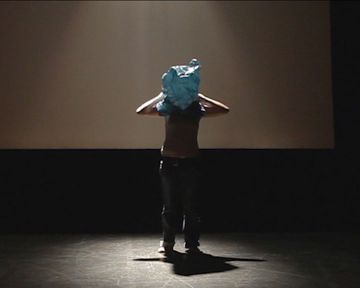 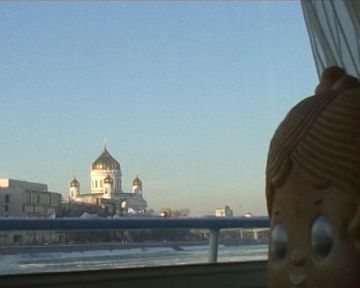 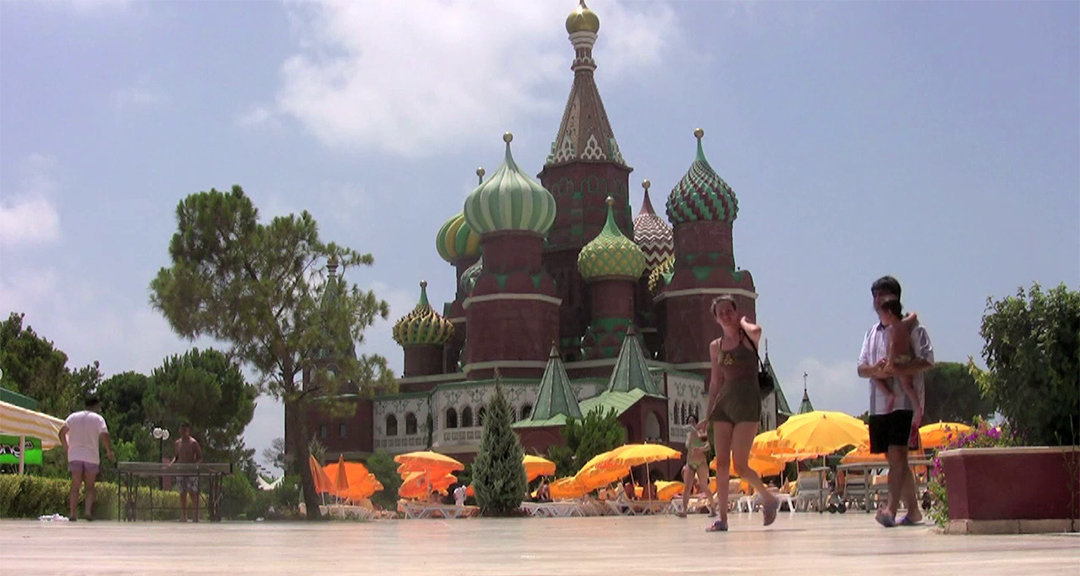 Anna Jemolaewa’s films are precise observations distinguished by a feel for the absurd in reality and the universal in individual cases. Her video Kremlin Doppelganger (2009) seizes upon what is probably the most emblematic symbol of Russian state power: the Red Square in Moscow, where the retaking of Crimea was celebrated this past February, and national myths are conjured. In her film, Jemolaewa combines footage of the original Red Square in Moscow with everyday scenes from its detailed copy, the „Kremlin Palace Hotel“ vacation resort in Antalya, Turkey. Built in 2003, the resort with a cocktail bar, pool, and beach now enjoys great popularity among guests from the former Soviet Union in particular. Besides the vacationers, the film also features a Gorbachev double, hired by the hotel, who talks about his experiences and encounters. Thus, the film not only blends together places, but history and the present day, as well.

Anna Jermolaewa - Kremlin Doppelgänger
Anna Jemolaewa’s films are precise observations distinguished by a feel for the absurd in reality and the universal in individual cases. Her video Kremlin Doppelganger (2009) seizes upon what is probably the most emblematic symbol of Russian state power: the Red Square in Moscow, where the retaking of Crimea was celebrated this past February, and national myths are conjured. In her film, Jemolaewa combines footage of the original Red Square in Moscow with everyday scenes from its detailed copy, the „Kremlin Palace Hotel“ vacation resort in Antalya, Turkey. Built in 2003, the resort with a cocktail bar, pool, and beach now enjoys great popularity among guests from the former Soviet Union in particular. Besides the vacationers, the film also features a Gorbachev double, hired by the hotel, who talks about his experiences and encounters. Thus, the film not only blends together places, but history and the present day, as well.Courtesy the artist and Galerie Kerstin Engholm, Vienna